About Moving Beyond Intractability Newsletters
Important information about the newsletters, sign-up procedures, links to past newsletters, and strategies for overcoming possible delivery problems is found at the end of this newsletter.
To read the newsletter in a browser (which might scale better), go here:  https://www.beyondintractability.org/moos/newsletter 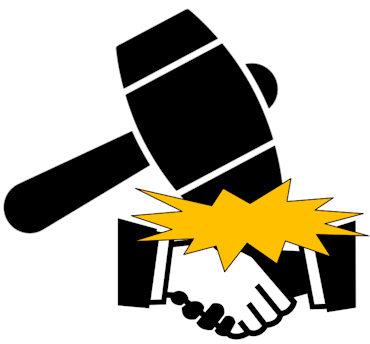 For years, the conflict and peacebuilding field has focused on limiting the terrible costs of destructive and, often, violent conflict, while also promoting the kind of mutually-beneficial problem solving that is essential to advancing the human condition. This work has largely been based on the belief that, once one strips away the overlay of destructive conflict dynamics, most everyone can realize that it is in their best interest to join in good-faith efforts to build a society in which everyone would like to live.

Good-Faith Democratic Skills — In this effort to reconcile deeply-divided communities and transform their destructive relationships into collaborative partnerships, the field has recognized the enormous difficulties involved and peacebuilders certainly understand the often Sisyphian nature of their work. To meet these challenges, the field has developed a sophisticated array of interventions designed to:

The bulk of the Beyond Intractability system and the field as a whole has been focused on helping people work through the details of how to achieve these and related objectives.

In order to do this kind of work successfully, most peacebuilders try to give everyone (sometimes even the most vicious warriors) the benefit of the doubt and offer them a way to escape the endless cycle of bitter conflict and violence.  In an effort to draw these potential “spoilers” into the process, peacebuilders have, historically, been reluctant to question the underlying good-faith motivations of the parties. But this approach has some drawbacks.

The Bad-Faith Actor Problem — This reluctance to recognize and then defuse "bad-faith actors” before they derail peace or reconciliation processes, we believe, is one reason why the success of peacebuilding efforts has been much more limited than hoped. If we are to increase our rate of successful peacebuilding and reconciliation, we believe that we need to develop more effective ways of dealing with these bad-faith actors.

We see this as a four-part process.

In this essay we will look at the principal types of bad-faith actors. In a second essay, we will look at what makes us vulnerable to these actors and what we might be able to do to reduce that vulnerability.

Power-Over Political Advocacy — In doing this, we could start with the challenges posed by foreign powers seeking to destabilize our society, politicians that aspire to authoritarian power, hyper-competitive and ruthless businesses, or the news and communications industry that has discovered that they can make a lot of money exacerbating- conflicts and then selling coverage of those conflicts. Instead, we think it's better to start with the many ways in which politically active citizens, often unconsciously, become part of the bad-faith actor problem. This tendency, we think, reflects serious shortcomings in civic education and the way in which most of us tend to think about democracy and political conflict.

From an early age, we are encouraged to decide for ourselves what we believe, and then fight for those beliefs (to the maximum extent that the law allows). We are encouraged to imagine the ideal society and then fight to make that society a reality. We are not asked to imagine what our fellow citizens, who often come from very different social, economic, and cultural perspectives, might think of our vision and whether they would like to live in such a society (or whether such a society is something that they will feel compelled to oppose with every fiber of their being).

While we used to believe that a political version of Adam Smith's "invisible hand" would operate and that conflict dynamics would ultimately produce the best compromise of competing visions, over the last 20 or 30 years, more and more people have lost faith in the process of governance and “compromise.”  They have replaced those ideals with an all-out struggle for social dominance in which competing factions, in a desperate effort to prevail, try to gain the advantage by chipping away at democratic norms and pushing the taboo lines as far as they can think they can get away with.

Although this seems like a change from past behavior, it is simply a modern manifestation of hardball, power-over democracy that has historically produced the never-ending stream of social injustices that so many people are now rebelling against. In this sense, contemporary politics can reasonably be interpreted as a big fight over who will get to dominate whom in the years ahead.  You can, for example, see the threat that the right sees in the left in these relatively moderate articles on the woke and the un-woke and the great awokening.  And, conversely, you can see the threat that the left sees in the right in these profiles of Josh Hawley and Bill Barr.  In both cases, we see these people as bad-faith actors since their focus is on total domination, rather than mutual tolerance and respectful coexistence. It seems clear that the democratic ideal (not it's historical reality) can never emerge from such a struggle (nor can the reconciled society imagined by peacebuilders).

In our increasingly globalized and diverse society, with ever-more competing power centers, there are two keys to avoiding this fate. The first focuses on building the skills and structures needed to support good-faith democratic governance. The second focuses on undermining the success of and support for power-over governance strategies.  The goal of both approaches is to get partisans who want to dominate others to realize that they're unlikely to be able to do so successfully.  Once they realize that, then it becomes easier to persuade them to pursue good-faith, collaborative, compromise-oriented strategies. This can then be reinforced with programs designed to further delegitimize divisive political tactics and with institutional changes that make collaborative democracy easier and political domination harder.

Aspiring Authoritarians — This effort to shift to good-faith democratic politics is, of course just one aspect of the bad-faith actor problem. Another, more serious problem that has to be addressed is the "divide and conquer actor" problem. The fastest and surest route to authoritarian control of a society is based on inflaming partisan tensions and convincing people that the "other" poses an existential threat. Aspiring strongmen try to position themselves as the kind of ruthless and effective defender that their group needs, if it is going to prevail.  In making this argument, would-be authoritarians commonly claim the need for extraordinary powers and protection from “meddlesome” laws and investigations.  They tell their supporters not to worry about issues like (their own) corruption—explaining that such charges are nothing more than a sinister attempt by the other side to undermine the group cohesiveness that the fight for survival demands. These trends are now being reflected in a global movement away from democracy and in fears that, in the future, the US could face a much more serious authoritarian threat.

The News and Communication Media — The power and influence of the above two types of bad-faith actors is reinforced by their symbiotic relationship with a third group of actors—the news and communication media. These giant corporations are, despite their seemingly monopolistic power, in an intense and constant battle for audience attention and the revenue that comes with it. If these organizations are going to prosper (or maybe even survive), then they have to do whatever it takes to grab and hold an audience sufficient to generate needed revenue.  Because of an array of psychological vulnerabilities that we will talk about in the next newsletter, this seems to be most effectively done by amplifying our already bitter social conflicts and then providing people with coverage of those conflicts.  Beyond this, there is also the threat that the partisan news media can become part of the political power structure on both the left and right.

Hyper-competitive Businesses —This kind of intense competition also extends to other businesses besides media  In our highly competitive capitalistic system, companies can't afford to be too altruistic. Instead, they can be counted on to use the full range of scrupulous and unscrupulous tactics to influence public and private sector decisions in directions that are more favorable to them, even if they are less favorable from the perspective of the larger society.  Amazon's hardball efforts to oppose unionization of its workforce is one example.

Foreign Provocateurs — Finally, there are foreign powers who see themselves as engaged in a great geopolitical struggle in which both the success of their countries and their own political survival depends upon doing everything that they can to strengthen their position relative to the position of their adversaries. As the Mueller report and others have documented, this includes efforts to destabilize the United States and other societies through a variety of sophisticated propaganda techniques aimed at amplifying our conflicts and undermining trust in democratic institutions. In doing this, they are taking advantage of the open structure of free, democratic societies and their systems of political communication.  It even seems likely that they have found ways of increasing their effectiveness by colluding with domestic-bad-faith political actors.  While the magnitude and impact of such efforts is still shrouded in secrecy, there is reason to believe that this is a significant contributor to our political dysfunction.

As our initial contribution to efforts to address these problems, we have recently posted a series of video lectures with more information on the bad-faith factor threat and options for addressing it. We are very much interested in hearing your reactions to this preliminary set of materials and, especially, any suggested improvements you might have.

From the CCI Blog:

From the Conflict Frontiers Seminar:

From the Conflict Fundamentals Seminar:

From the Colleague Activities Blog:

From the Beyond Intractability in Context Blog

About the MBI Newsletters

Every few weeks, we will compile BI/MBI/CCI news, along with selected the new posts from our various seminars and blogs into a Newsletter that will be posted here and sent out by email to subscribers. You can sign up to receive your copy on our Newsletter Sign Up Page and find the latest newsletter here on our Newsletter page. Past newsletters can be found in the Newsletter Archive.

NOTE! If you signed up for this Newsletter and don't see it in your inbox, it might be going to one of your other emails folder (such as promotions, social, or spam).  Check there or search for news@beyondintractability.org, and if you still can't find it, please contact us.

More from
Beyond Intractability

Our inability to constructively handle intractable conflict is the most serious, and the most neglected, problem facing humanity. Solving today's tough problems depends upon finding better ways of dealing with these conflicts.  More...

Get the Newsletter
Check Out Our Quick Start Guide

Join Us in calling for a dramatic expansion of efforts to limit the destructiveness of intractable conflict.

Things You Can Do to Help Ideas

Practical things we can all do to limit the destructive conflicts threatening our future.

An look at to the fundamental building blocks of the peace and conflict field covering both “tractable” and intractable conflict.

Beyond Intractability / CRInfo
Knowledge Base

Disclaimer: All opinions expressed are those of the authors and do not necessarily reflect those of Beyond Intractability or the Conflict Information Consortium.

Copyright © 2016-20 Guy Burgess and Heidi Burgess (unless otherwise noted)
All rights reserved. Content may not be reproduced without prior written permission.
All Creative Commons (CC) Graphics used on this site are covered by the applicable license (which is cited) and any associated "share alike" provisions.